Obesity can kill, contributing to the development of cancer, heart disease and diabetes. But losing weight before middle age arrives can help prevent early death, a new study shows.

The researchers tracked health data for more than 24 000 people, considering obesity, weight loss and risk of early death. The study found that people who were obese at age 25 but lost weight between early adulthood and midlife were less likely to die at earlier ages compared to those who were persistently obese.

“Something that’s a hopeful message from these results is we found that not only is weight loss from early to midlife beneficial, but for those who lose weight between early and midlife, their long-term risks of dying were no greater than those who didn’t gain the weight in the first place,” said senior study author Andrew Stokes. He’s an assistant professor in the department of global health at Boston University School of Public Health. 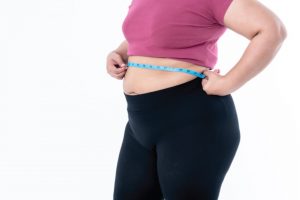 About 42% of the US population has a body mass index (BMI) of 30 or above, the level at which one is considered obese, according to the US National Health and Nutrition Examination Survey (NHANES).

Researchers used the NHANES data, as well as mortality records through the National Death Index, to study obesity and mortality.

“With these rising obesity rates, there’s a question around the implications of these trends for American mortality and longevity. In light of that, we were interested in studying the mortality consequences of changes in weight,” Stokes said. “Another thing we’re seeing is that, in the United States, not only are we growing heavier over time, but we’re becoming heavier earlier in life.”

Respondents aged 40 to 74 were asked about their weight at age 25 and at a later time, as well as their weight at their current age. Those who reduced their BMI from obese to overweight had a 54% reduction in premature death risk compared to those who maintained an obese BMI. There was not such a reduction seen in those whose weight changed from just overweight to normal.

Though this study did not break down mortality by specific causes, obesity can contribute to heart, kidney and liver diseases; cancer; diabetes; and Alzheimer’s disease.

Stokes noted that, even despite the huge benefits of early weight loss, only a very small percentage of people in the study had actually lost substantial weight between early and midlife.

“Unfortunately, we have very few effective approaches to sustained weight loss,” Stokes said. “The consensus in the field is that, at a population-level, voluntary weight loss is quite rare.”

By losing weight earlier in life or not becoming obese until late in life, it reduces the amount of time that a body spends being obese, explained Lona Sandon, programme director and associate professor in the department of clinical nutrition at the University of Texas Southwestern Medical Center.

Uncontrolled blood pressure can damage the arteries over time. A high-fat diet can increase cholesterol buildup. Some cancers, particularly those that can be hormone-related like breast or endometrial cancer, can be diagnosed in middle age, so losing weight in the decades prior can have an impact, Sandon noted.

“If you can get people to live at a lower weight earlier on in life and be obese for [a shorter] period of time, you decrease that risk,” Sandon said. 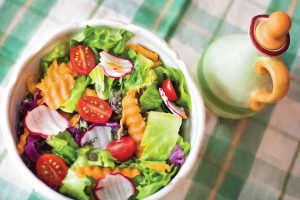 Changes for the better

“You can always make changes in your health for the better at any age. But to some extent, if you wait until middle age or beyond, a lot of the damage has already been done and it’s going to be harder to reverse,” Sandon said.

Stokes noted that often the reason people lose weight in midlife or later is because of an ongoing disease, so it’s harder to isolate the benefits.

The report was published online on 14 August in JAMA Network Open.

The findings suggest a need for greater emphasis on treating obesity in early life and the importance of population-based approaches to preventing weight gain.

Next steps could include researching patterns of weight change and long-term mortality starting in childhood, Stokes said.

Also, “we would like to know which causes of death are most profoundly affected by weight loss,” he added.