Bariatric surgery isn’t any less effective for people who have been obese for a long time.

People with anorexia nervosa believe they weigh too much, even if they’re underweight. They may lose a dangerous amount of weight by dieting, exercising excessively, or binge-eating and purging.

“Our findings emphasise the importance of early and intensive intervention aiming at normalisation of body weight, which may result in improved growth and allow patients to reach their full height potential,” said researcher Dr Dalit Modan-Moses of Chaim Sheba Medical Center in Tel Hashomer, Israel. 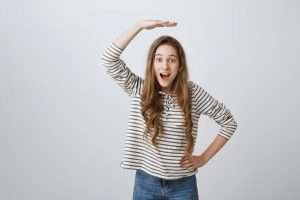 For the report, the researchers studied 255 girls around age 15 who were hospitalised for anorexia nervosa.

The investigators measured the patients’ height at the time of hospitalisation and again at adulthood. The women’s adult height was much shorter than expected compared with the genetic potential gauged by their parents’ height, the study authors said.

“We suggest that the height impairment is a marker for other complications of anorexia nervosa affecting the person’s overall health in several aspects: bone health, cognitive [mental] function, and problems with pregnancy and childbirth later in life. Early diagnosis and treatment could prevent, or at least reduce, the risk of these complications,” Modan-Moses said in a news release from the Endocrine Society.

“This study may have implications for the management of malnutrition in adolescents with other chronic diseases in order to achieve optimal adult height and bone health,” Modan-Moses added.

The report was published online in the Journal of Clinical Endocrinology & Metabolism.